To make room for the Library Project and for the resulting move of Kellogg House, trees (mainly pine, fir and black locust) needed to be cleared from the site.  Logs were shipped to two nearby mills and milled lumber returned and was incorporated in the ’66 Environmental Center.  All images were taken by Nicholas Whitman.

This slide group portrays the sequential dismantling of the Matt Cole Library, which was constructed as an attachment to Kellogg House in 1995.  All images were taken by Nicholas Whitman.

Seeley House, used since 1868 as the home of the College carpenter, as faculty and student housing, and as a home for the Economics Department, was deconstructed and recycled in the summer of 2011 as part of the clearing to make room for the Library Project and for the Environmental Center. Deconstruction showed that Seeley was a complex building formed around two early 19th century buildings that were brought together in 1868, and modified extensively in subsequent decades.  All images were taken by Nicholas Whitman.

President Maud S. Mandel has announced plans for the fall 2020 semester. Please note that all Williams College buildings are closed to the public until further notice.

END_OF_DOCUMENT_TOKEN_TO_BE_REPLACED 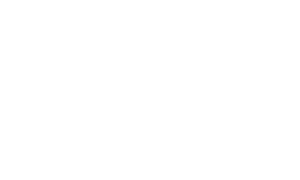